“Journey of the Whooping Crane” is a one-hour natural history documentary produced for Georgia Public Broadcasting illustrating the remarkable life story of Whooping Cranes. At five feet tall, and a wingspan over seven feet, the Whooping Crane has the distinction of being North America’s tallest bird and sadly, also one of its rarest. Habitat loss and hunting pressure from European settlers in the late 1800’s reduced the population of this iconic animal to just fifteen birds by 1940. Since then, in an intense effort to protect and restore the species, a broad coalition of NGO’s, private interests, and government agencies has worked collectively and tirelessly to nurture the remaining wild flock to its current population of about six hundred birds.

While the recovery is remarkable, the population is still considered extremely vulnerable and some radical and astonishing techniques

have been employed in an attempt to ensure the survival of the species. “Journey of the Whooping Crane” takes our audience to meet some of the remarkable individuals who have dedicated their lives to these animals, and gives viewers an intimate look at a bird that is truly exceptional.

We travel to Wood Buffalo National Park in the Northwest Territories of Canada, the rarely seen sole breeding ground of the last wild flock. We follow the cranes on their phenomenal 2,500-mile migration south to their fragile wintering area in Aransas National Wildlife Refuge on the gulf coast of Texas.

We introduce viewers to important scientists like Dr. George Archibald, whose lifelong dedication to all species of cranes led him to invent several novel techniques that are now commonplace to help successfully breed more of the birds, and to help them migrate. In 1982, Archibald famously coaxed a captive Whooping Crane named “Tex” to lay eggs by forming a “pair bond” with her. He slept in her cage for months and mimicked crane courtship dances, leaping and flapping his arms like wings. It worked, a chick named “Gee Whiz” hatched, and valuable genetic diversity was added to a desperate flock.

To accelerate breeding of Whooping Cranes, eggs are taken from captive birds and hatched in a laboratory. Newborn cranes “imprint” on the first thing they see upon hatching, often regarding the humans who rear them as their equivalent. To avoid a human imprint, scientists developed a technique known as “isolation rearing” where caretakers wear special costumes and use hand puppets to raise “wild” crane chicks. Crane chicks grow to their full height in just ninety days and are then released into the wild.

One strategy employed to protect the species as a whole has been to establish a second flock of wild birds with different migration and breeding sites than the indigenous flock. The idea is to create a geographically separate flock of birds to hedge against environmental catastrophes such as hurricanes or diseases. In 2001, Scientists established a second flock in Necedah National Wildlife Refuge in Wisconsin. Newly released Whooping Cranes were then amazingly taught to migrate to a wintering ground in central Florida by following a costumed pilot in an ultra-light plane. The operation is working.

“Journey of the Whooping Crane” examines all of these remarkable stories and more. Please join us on this fascinating trip. 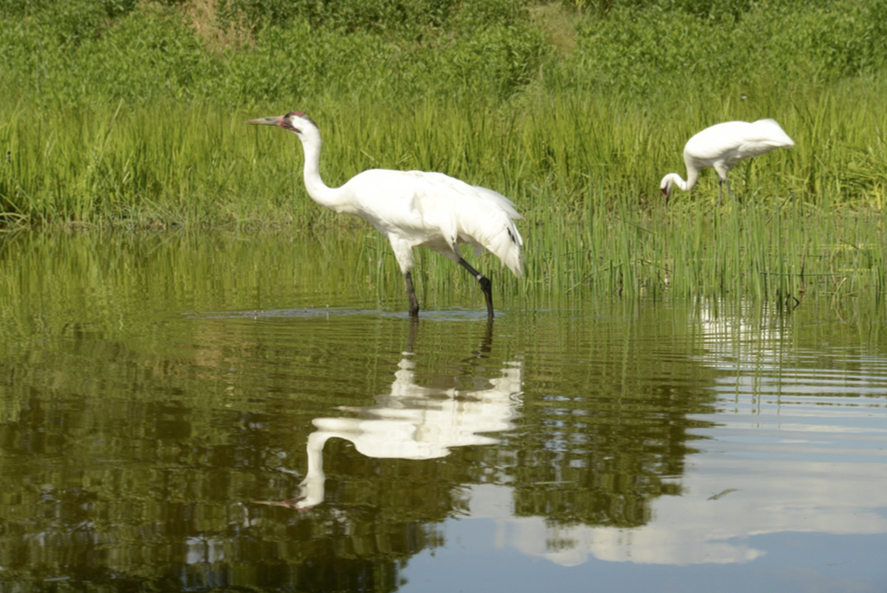 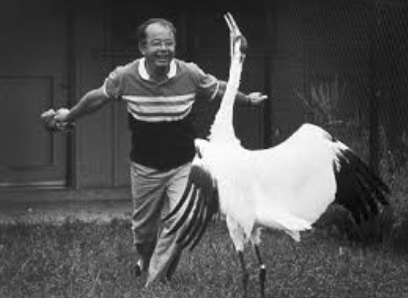 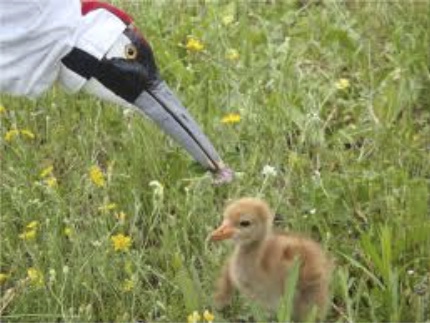 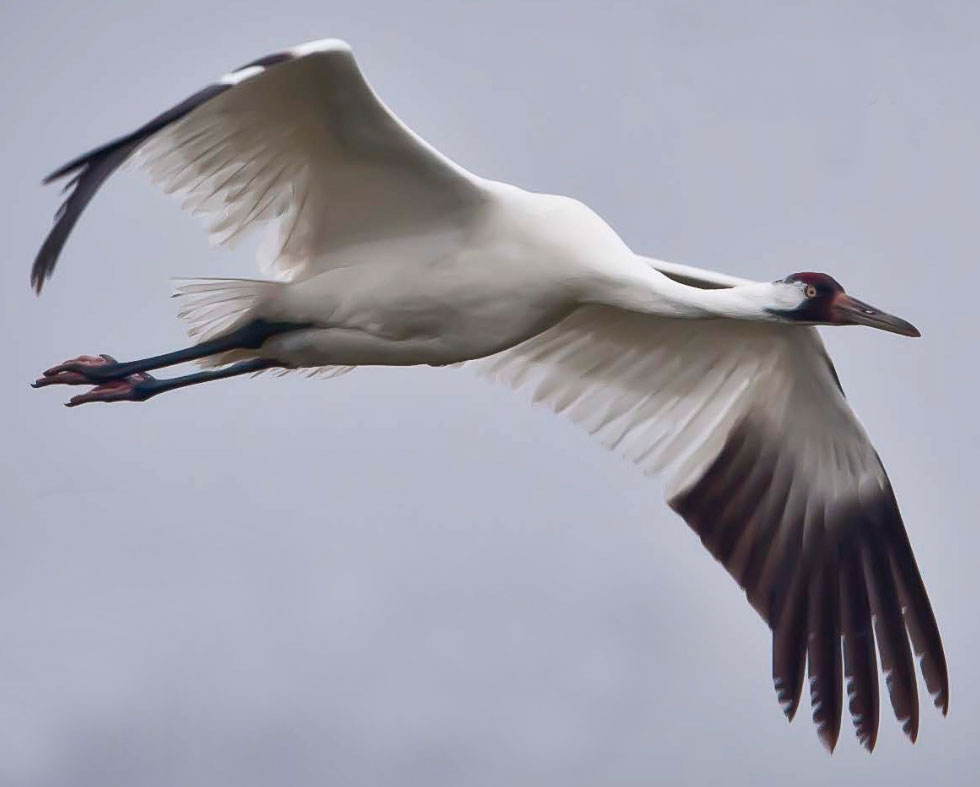